Where quality parole representation is paramount.

We believe in second chances! 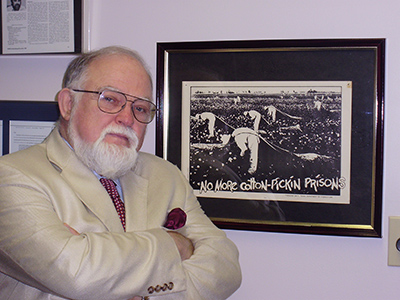 The Habern Law Firm is a full-service criminal defense law firm that for over 45 years has specialized in parole and prison administrative issues. Mr. Habern is one of the first members of the Texas Prison’s public defender office where he began representing inmates in prison and parole related issues. Our lawyers have over 75 years combined experience representing clients in all stages of the criminal justice process. We are probably best known for our work representing clients in parole hearings, clemency actions such as pardons and sentence cuts, writ of habeas corpus applications, prison time credit and disciplinary issues and other post-conviction legal matters.

Our goal is to provide every client with our most able representation possible. We offer a caring, individualized approach to our representation. We visit each client at the prison or jail where they are detained upon our being employed. We get to know every, single client and their families, in most instances, because we realize that every individual is uniquely different, and so are their backgrounds, their histories and their circumstances. So, we structure a tailor-made approach to parole representation that best serves each client and their needs.

Consultations in Huntsville Texas by appointment only.

Information About The Firm’s Lawyers 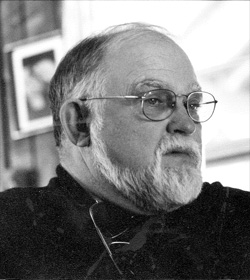 Bill Habern graduated from the Texas Tech Law School and was licensed by the Texas Supreme Court 1972. He was among the first group of eleven lawyers employed by the newly established public defender program at the Texas Prison in Huntsville, Texas. These lawyers were so poorly paid that they were allowed to practice outside of their indigent inmate representation, so, in 1973 he began to represent college students charged with marijuana and other drug offenses. He also successfully undertook a series of federal civil rights actions challenging the application of school discipline actions which seemed to arise from underlying racial issues in certain East Texas school board’s discipline policies. The results caused several members of one school board to resign, new policies to be written, and forced the school district to totally revamp the discipline policies toward many  troubled, and too frequently disciplined mostly minority students.

Habern left the prison P.D. in 1974 and opened a general law practice in Huntsville, Texas. It was not long before he was busy representing local college students in drug cases and prison inmates seeking his assistance with any number of legal issues. He continued his work in Huntsville until 1979 when he was offered the opportunity to become the Executive Director of the Texas Criminal Defense Lawyers Project in Austin, Texas. This job placed Habern in charge of all continuing legal education programs administered by the Teas Criminal Defense Lawyers Association.

Habern stayed with the TCDLP until 1981 when he was court appointed to represent Eroy Brown, a Texas inmate wrongly charged with the murder of a prison warden and prison farm major. This was a highly publicized case. Habern realized this was a case that would require a team of skilled trial lawyers, and he put that defense team together. He chose Craig Washington to be first chair on the defense team, Habern sat second chair, and Tim Sloan a lawyer with a forensic background, to be the contact for the scientific experts who would be involved in the case. The lead investigator was Kent Schaffer, then a law student, but today a well-recognized outstanding criminal litigator in Houston. The team was successful and after three trials, Eroy Brown was found not guilty of all charges. The defense in these cases was self-defense. It is a story of prison horror. The history of the trials of Eroy Brown is told in the book entitled, The Trials of Eroy Brown, by Michael Berryhill, Ph.D. published in 2011by The University of Texas Press.

Habern stayed on after the Brown murder trials to be a member of the team of lawyers who successfully pursued a civil rights case against the Texas Prison over the abuses imposed on inmates who had agreed to come testify about the circumstances and facts leading up to the charges against Mr. Brown. The results of this law suit afforded inmates being abused to be transferred to federal prison custody and away from additional retaliation by the Texas prison.

After the Eroy Brown cases Habern continued to represent inmates in various issues. In the early 1980’s as the Texas Prison continued the practice of forcing inmates to become “Dog Boys” whose job was to be “dog bait” for training the prison’s chase dogs, it happened two inmates were seriously bitten. One inmate was bitten 120 times. The practice was so outrageous Habern filed a civil rights suit and won a $14,000.00 settlement on behalf of the abused inmates. Ten years later the prison was again allowing “inmate volunteers” to be “dog boys”. At that time the Texas press learned of the practice and once exposed it became an international scandal. Journalist discovered Habern’s old civil rights cases and Habern and his old clients were featured on the Oprah Winfrey Show where the prison abuse by using inmates as dog bait was exposed, and resulted in changes in the way the prison ran that program. In 1987 Habern was a member of a team of three Texas Defense Lawyers that challenged a particular policy of the 5 th Circuit Court of Appeals when it came to the way they would review sufficiently of the evidence claims in appeals with multiple count of conviction that were concurrent in nature. The case went to the U.S. Supreme Court styled Ray v United States, 95 L.Ed. 2 nd 693 (1987). The resulting Supreme Court opinion caused the 5 th Circuit practice to be terminated.

In the early 2000’s the Habern and his partner Sean Buckley were invited to assist Dick DeGuerin of Houston, Texas in the defense of Robert Durst who had been subject to an unconstitutional parole revocation. The matter went to Federal Court in Austin, and Durst was released and restored to parole which he successfully completed.

In 2007 Habern and his good friend Richard Gladden of Denton, Texas undertook several long term federal against the Texas Parole agencies over their practice of imposing sex offender parole conditions on offenders whose records reflected no sex offense convictions. These conditions were imposed without affording the offenders any meaningful due process. After litigating several of these cases as well as a case styled Ex parte Evans, 338 SW3d 148 (2011) in the Texas State Courts filed by law partner Scott Pawgan, the courts ruled that all such offenders are entitled to minimum due process and it is reported that around 1,000 offenders were removed from sex offender supervision.

In 2011 Habern, along with local counsel Craig Jett of Dallas and John Bennett of Amarillo, undertook the case of Ex parte Thiles, 333 SW3d 148 (2011) where the state waited around 20 years to execute a mandate of arrest after he lost an appeal. It was claimed Thiles owed the State of Texas over 17 years for a conviction. Over that 20 year period Mr. Thiles had done nothing to contribute to the failure of law enforcement to arrest him. He had remained on bond, maintained a job, and totally rehabilitated himself. After an extended hearing in the Dallas court system, and after consideration by the Texas Court of Criminal Appeals, Mr. Thiles was awarded time credit based on the fact that it was totally the Government’s fault he was not arrested, and he did not have to serve the balance of his sentence as the court ruled it had expired.

In 2011 the Harris County Criminal Defense Lawyers awarded Habern their annual Life Time Achievement Award for his service in the field of criminal defense.

In 2012 the Houston Lawyers Association awarded Habern and his firm their Matthew Plummer award for his civil rights efforts in protecting the equal rights of all citizens. This award arose out of the litigation against the Texas Parole Board.

In 2015 Habern moved his firm to Houston Texas where he continues to practice today.

In 2016 Habern was one of three lawyers inducted into Texas Criminal Defense Lawyer’s Hall of Fame. The Habern firm continues to actively represent inmates, parolees, and others who seek assistance with post-conviction administrative and litigation problems.